The struggle with maths

If schoolchildren were to compile a list of their least favourite subjects, maths would surely top that list. In this article, Sana Lone explores how society views maths ability, why the subject remains widely reviled and what can be done to change this.

Are people born good or bad at maths?

The result of a study conducted by psychologists at the John Hopkins University indicates that maths ability is linked to one’s inborn number sense. Number sense is a person’s ability to use and understand numbers. Our number sense enables us to understand number values, their use in assessments, the four mathematical functions (addition, subtraction, multiplication,

division) and solving problems while counting, measuring and approximating.

Although this primeval ‘sense’ can play a role in future mathematical understanding, it is still not a good enough reason for a child to be labelled as being ‘bad’ at maths. Elizabeth Brannon, a professor of Psychology and Neuroscience says, “When children are acquiring the symbolic system for representing numbers and learning about math in school, they’re tapping into this primitive number sense. It’s the conceptual building block upon which mathematical ability is built.”

Whether a child has a good number sense or whether he lacks it can only define his struggle with the subject matter. In many ways it is the nature and nurture debate all over again. What nature endows only serves to give the child a head start, whereas nurturing would be the deciding factor of whether a child can excel at maths or not.

This brings us to the question: Can teachers and parents help develop numeracy in children?

Numeracy is a life skill that helps us solve problems, make decisions and evaluate matters that revolve around numbers. It is a skill that can be taught to a child from an early stage of life, through his or her daily routine. Numerical concepts are and can be taught in class through an integrated curriculum. The concepts can be applied to different situations in life, such as evaluating objects and transactions outside the home and inside the home through handing out small chores that include counting, assessing, measuring and problem solving.

Why everyone needs maths

For the simple reason, that you just can’t get ahead in life without it. It is an indispensable part of our daily lives. We use maths in our everyday money transactions, in time calculations, in sports, budgeting etc. Maths is also an integral part of many careers such as science, education, business, technology, architecture, aeronautics and medicine. Apart from that, it helps to nurture reasoning, organising and problem solving.

Gender stereotypes associated with maths have a lot to do with the general mindset that most technical jobs are for men. On the other hand, women are believed to be better suited for more ‘feminine’ careers. This perception is prevalent and affects women by steering them away from jobs which are considered ‘manly’. The result is that we see few girls going for careers such as engineering and architecture and even fewer becoming mathematicians. It is not because they are not capable of such careers,but because it is drilled into them through gender bias. The reason we see fewer women in such jobs is because they grow up being told that these jobs are for men. This conditioning starts early on during the academics years, when it is implied that maths is just not a girl’s forte. According to Andrew Meltzoff, a UW Psychology professor and co-director of the UW Institute for Learning & Brain Sciences: “Children have their antennae up and are assimilating the stereotypes exhibited by parents, educators, peers, games and the media. Perhaps if we can depict math as being equally for boys and girls, we can help broaden the interests and aspirations of all our children.”

The most annoying factor that contributes to the unpopularity of maths is that being bad at it is almost glamorised. You might even know some people who boast about their lack of a head for maths.

Another thing that makes being bad at maths okay is that many people do not consider it worth the effort. It is not uncommon to hear of things such as; “I just do not understand it” or “It’s really difficult for me,” or even, “It hurts my brain!” Because maths is perceived to be a no fun, dry and difficult subject, it is quite common fora lot of people to give up on it.

Another reason maths is rendered useless by many people is because they do not choose technical professions. Apart from basic numeracy, people find the rest of maths quite useless in their daily lives. Compare that to reading, which is considered the most essential part of one’s daily life as it is a skill that is used to separate the literate from the illiterate. In other words a person who cannot read well is considered illiterate, as opposed to a person with bad maths skills.

However to chalk all the issues students face when it comes to maths, down to conditioning would be unfair. There 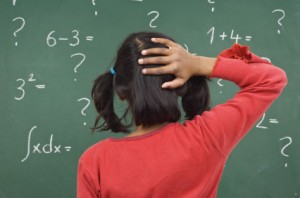 are some real and serious disorders and disabilities such as Dyscalculia and Acalculia that can also cause maths inefficiency.

Dyscalculia is a condition that affects the ability to acquire arithmetical skills.
Dyscalculic learners may have difficulty understanding simple number concepts, they may lack an intuitive grasp of numbers, and have problems learning number facts and procedures. Even if they produce a correct answer or use a correct method, they may do so mechanically and without confidence. Acalculia is an acquired disability due to various medical complications, which can render a patient unable to do simple maths problems. 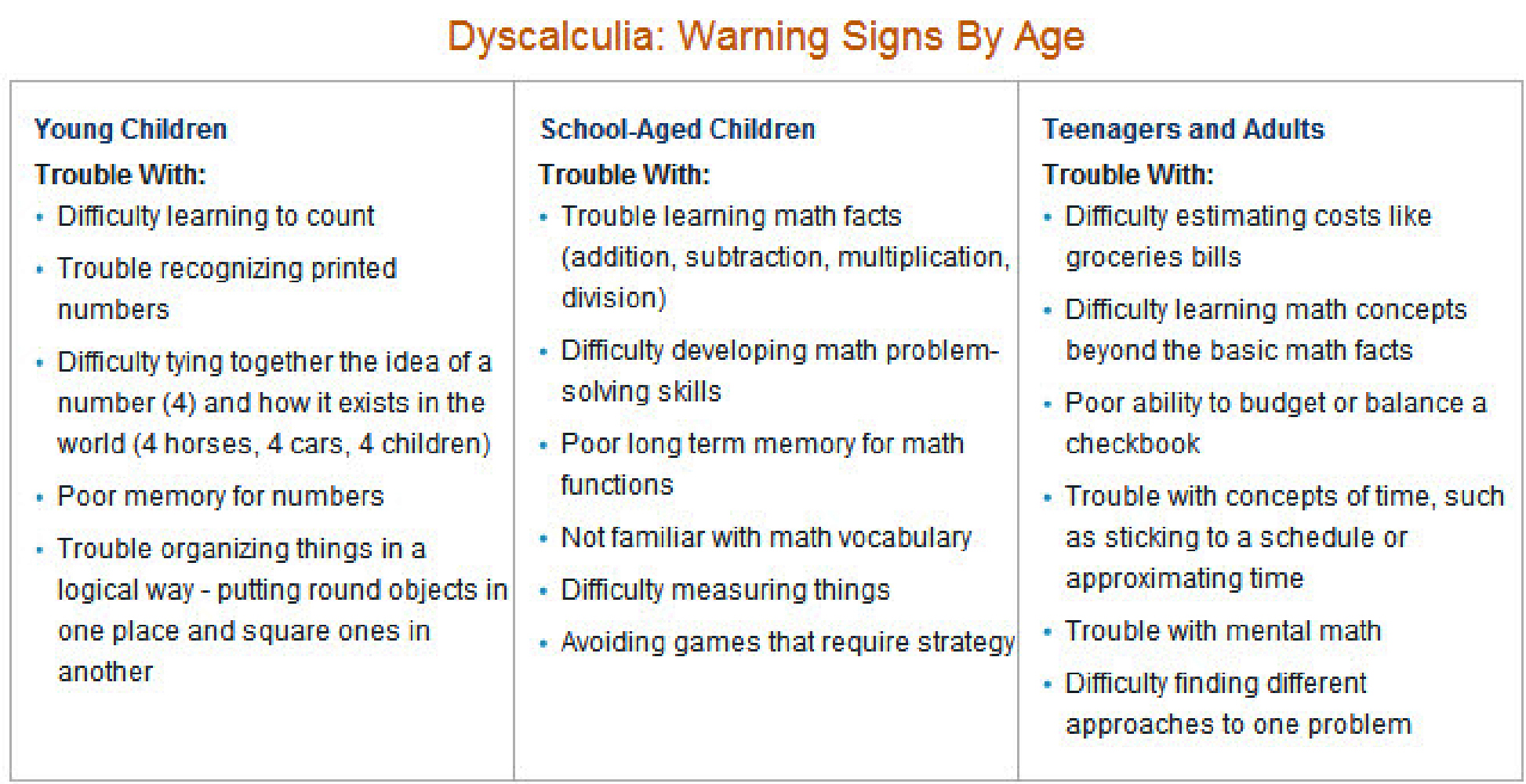 What are teachers doing wrong when teaching maths?

The biggest mistake teachers make while teaching maths, is that they take the fun out of it and make it a boring and difficult subject. It is stressed upon children that they should memorise the multiplication tables, algorithms and theorems. This not only makes maths tedious, but also uninteresting. Teachers need to change their strategy and make maths a fun subject. They need to convey that maths is like a puzzle which requires creativity, perseverance and vigorous mental exercise.

How can we change maths ability

We can encourage maths proficiency in children by:

How can we give our children the best start in maths?

At home:
• Play with your child using material such as building blocks, shapes, puzzles.
• Measure ingredients in understandable quantities in front of your child.
• Count objects while doing chores, for example, count the cutlery while setting the table.
• Ask your child to divide a food item among family members equally.
• Ask your child to describe different shapes around your house.

Outdoors:
• Enjoy sand and water play with your child. Pour water and sand into containers while measuring them.
• Count stairs while going up a building.
• Discuss shapes of various vehicles, building and objects.
• Allow small money transactions at shops, for example, allow your child to buy some sweets for your family and let him/her handle the money. This would introduce the idea of multiplication.
• Observe numbers on home addresses, street signs, cars number plates, price tags etc.

Maths can be fun and interactive. It is the only approach and teaching style that can make it an interesting subject for children. Introducing it as a part of the daily routine from an early stage can prevent children from being ‘maths-phobic.’

Sana Lone is an Early Childhood Educator blogger and content writer. She is currently taking a break from teaching and runs an education- based social media page called ‘The Teacher’s Hub’ and a teaching blog called ‘Snippets from a teacher’s diary’.