I have often observed that children expect some kind of reward or motivation from adults for every activity which they perform. Whether it is in the classroom or in the sports ground, teachers and parents can be seen motivating children to 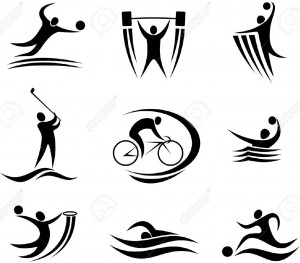 Motivation is the process that initiates, guides and maintains goal-oriented behaviour. It is a force which causes us to act, whether it is getting a glass of water to quench our thirst or reading a book to gain knowledge (cherry, 2013).

There are two types of motivation:

(as cited in Kelsey, 2010). Thus the extrinsic reward can induce interest and participation in something the child has no initial interest in. If the child is to continue the activity he should be intrinsically motivated and also enjoy the activity, only then will he participate in the activity efficiently and for a long period.

Dr. Michael Kaplan who is an assistant clinical professor at Yale Child Study Centre says the same thing. In a blog, by Katie Culver titled “Should you bribe your kid to play?”, Dr. Kaplan says that to encourage a child with a reward on the first day of swimming practice is acceptable on the part of a parent, as children sometimes need a push to participate in an activity for the first time to overcome their anxiety (Culver, 2011). On the other hand, if the child needs a reward continuously to participate in the activity as a routine, then this may lead to various issues. In reality, the child is not enjoying the activity and is merely performing to gain the promised reward.

Parents must be careful not to create a situation in which a child is compelled to participate in a sport for extrinsic reward.

Performance… but only till the reward rolls in

In his academic article ‘Cash-for-Goals in Youth Soccer: Adults Gone Wild’, Dr. Daniel Frankl observed and wrote about a phenomenon seen on the soccer field, where parents tried to motivate their children by offering cash as an extrinsic reward for a goal  (Frankl, 2010). On the surface, this looks like a very effective method for motivating the child (and may also work sometimes), but in reality it has a negative effect on the child’s approach towards the game. In Frankl’s example, the child’s performance continues to improve as long as the reward exists, but once the reward is removed the child’s performance gradually declines to the state prior to the reward.

I also observed this in a child I personally knew, who kept winning medals for as long as he was motivated by his parents. However, later when the parents stopped motivating him with rewards for medals, the child lost interest in the game and was not willing to even practice during training sessions. Eventually he failed to get any medals in competitions. Later, when the child was asked why he failed to perform, he replied that he would have performed if his parents had motivated him.

According to Kohn’s study, when extrinsic rewards are persistently used to achieve a desired goal, the child’s need for them increases correspondingly. Every prize or reward promised to the child for a desired behaviour not only makes him 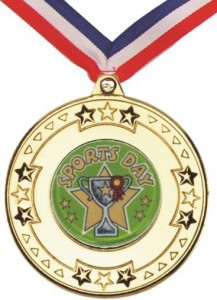 respond to these ‘rewards’, but also enhances his need for them.  This strategy is not effective in the long term. Rewards are ineffective in developing a good value system in children, though they may be quite useful in the short run. Extrinsic rewards for desired goals do not encourage critical thinking or self-directed learning; neither do they enhance creativity (as cited in Kelsey, 2010).

In fact, if a child is offered a reward for performing an activity for a long period then this reward system might adversely affect the nature of that child and he may start expecting rewards for everything he does. The child may start to bargain with his parents and teachers before performing his daily school activities and household chores. He may start asking questions such as ‘What will you give me in return, if I perform this task?” The child will develop this habit because of extrinsic motivation, and because he does not understand the importance of the work which he has to do.

The perils of praise

Praise is another form of extrinsic motivation. This can be an effective method of motivating a child, however Kohn believes that praise should be an acknowledgement in a manner where the child understands that his behaviour is being appreciated. Also sometimes children need encouragement to practice or train themselves for a competition, particularly when the practice becomes tough. He believes that parents should refrain from statement such as “Well done! Your practice was good” or “Keep up the hard work” at the end of a tough training session, as these express their own feeling about the child’s performance. He urges parents to try and focus on what the child feels instead. Therefore parents should encourage the child by asking him questions such as, “Which part of the game did you like the best / enjoyed the most?” or “Are you satisfied with your performance” etc. (as cited in Kelsey, 2010).

There are other ways parents can show that they appreciate their children’s effort, without killing the motivation to learn. In fact it is better if a parent –after his child does well – says, “Let’s go out for dinner and celebrate your achievement”. This does not undermine the child’s achievement and is instead an act of acknowledgement and celebration of something done competently.

Praise, in all circumstances, should be used sparingly in order to positively motivate the child, since too much praise will have an adverse effect on the child’s activity (Culver, 2011). I also observed this in the child I mentioned earlier.  Once his family and teachers started praising him for his achievement in sports, he started to lose interest in the activity. It could also be that praise put too much mental pressure on the child to be the best, which affected his performance.

In ‘Cash-for-Goals in youth Soccer: Adults Gone Wild’, Professor Daniel Frankl writes that “Existing research on extrinsic motivation warns that extrinsic rewards may be described as the ‘enemies of exploration’. This practice of paying a child for scoring a goal results in long-term harm to a child’s intrinsic motivation” (Frankl, 2010).

The warning label on extrinsic rewards

Another important aspect discussed in Frankl’s academic article is that the child should be taught about the importance of teamwork in sport. If a child is being offered cash for a goal then he will always try to score a goal whether or not he is in a favourable position to do so. His focus will be his personal reward only, which may be to the detriment of his team (Frankl, 2010).

Despite its undesirable effects, giving extrinsic rewards is very popular. In a situation where extrinsic reinforcement is unavoidable, the following guiding principles should be followed:

Following these guidelines may not lead to a higher level of intrinsic motivation, but they will reduce the dependency of children on rewards.

Even though reward or extrinsic motivation can be effective in inducing interest and participation in something that was of no initial interest to the child, it is important to remind ourselves that children are born with an innate curiosity to learn about their world. They interact with the environment to acquire new skills. The motivation that drives this learning comes from within the child and requires no outside reward for its continuation.

The careful and selective use of appropriate rewards focusing on the process of learning, rather than the product will enhance intrinsic motivational skills. This allows children to develop to their fullest potential and can help them maintain their motivation and excitement in learning throughout their school years. Rewards should be used to emphasise the child’s efforts, persistence and process, rather than to try and control him.

Aliya Ladiwala is a TRC-IECE graduate. She wrote this article as part of her coursework in the IECE programme.

Shindler., J. (2008). Retrieved from Some thoughts regarding the use of Extrinsic Rewards: http://www.calstatela.edu/faculty/jshindl/cm/ExtrinsicRewards.htm