Self talk and language development in preschoolers

As they explore and play, young preschool children frequently talk out loud to themselves. In this month’s Ilm o Amal, Nuvaira A Dhedhi looks at how self talk contributes to young children’s language skills.

A kindergarten is a bright and noisy place. Qays can be seen having a happy conversation with himself and his toy horses.

“Hello Mr. Manager, I would like to buy some grass”.

He then makes the horses exchange a small wooden piece with the alphabet ‘H’ on it.

He moves to the block corner and starts making a tower.

As parents and caregivers of young children, we often notice them having a conversation with themselves. What is going on? Why are they talking to themselves and not to their peers? Is it normal? Yes it is and there are several theories about it. Let’s look at a few of them.

This kind of self-talk is called private speech.

Private speech is the way you talk to yourself. You might not be aware that you are doing it. As adults we call it ‘that little voice inside our head’. We have constant conversations about right or wrong, whether to take certain decisions or not. We rely on this invisible self talk throughout out life.

So where does private speech come from? Are we born with a voice inside our head? Does language come

before thought or does thought come before language? This is a long debate. Let’s take a look at what self talk really is.

Wikipedia says ‘Private Speech is speech spoken to oneself for communication, self-guidance, and self-regulation of behavior. Children from two to about seven years old can be observed engaging in private speech. Although it is audible, it is neither intended for nor directed at others. Private speech was first studied by Lev Vygotsky (1934/1986) and Jean Piaget (1959); in the past 30 years private speech has received renewed attention from researchers. Researchers have noted a positive correlation between children’s use of private speech and their task performance and achievement, a fact also noted previously by Vygotsky. It is when children begin school that their use of private speech decreases and “goes underground”’ 1 (Wikipedia)

How do babies acquire language?

According to a famous educationist John Locke, children are born as ‘Tabula Rasa’, which is a Latin word that means ‘blank slate’. They absorb information from their environment. 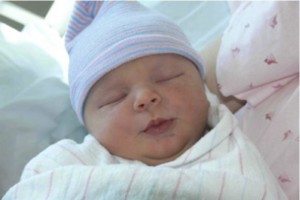 Research shows that although babies develop naturally and at their own pace, infant brains are hard wired for language.

‘Brain activity in the left-hemisphere language centers can be detected in infants as young as five days. Behavioral experiments have demonstrated that days- or weeks-old infants can distinguish the “melody” of their native language from the pitches and rhythms of other languages. They can assess the number of syllables in a word and perceive a change in speech sounds (such as ba versus ga), even when they hear different speakers 2. (psychologytoday.com)’

How do babies learn to talk? Is it by watching TV or by watching you? Conversations start from the crib. When families talk to the baby, the baby starts picking up tones and differentiates between tones that differ from mom and dad. This is the beginning of language acquisition, a lifelong skill that will help the baby grow up and survive by communicating with the world.

According to new research by David Lewkowick, babies learn to speak by watching your lips.

The 4-month old looks mostly at the eyes.

A 6-month old will look at the eyes and mouth.

The 8 to 10-month old looks mostly at the mouth.

‘There’s more than watching lips too. Babies love to put their hands on faces and can feel how the lips form words as well as the vibration from the vocal cords. They learn social skills with the give and take of conversation. Babies do not have fully formed vision until the age of two so holding a baby or getting close will help them gaze into your eyes and read your lips’ (weteachfacts.com) 3. 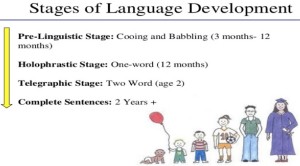 ‘The child, before the advent of language is prone to be an individual who responds directly to stimuli. When he is hungry he wants to eat now. If he is angry, he will cry and strike out. If he wants something, he will take it (if he can), etc. During this time, speech like other cognitive and motor skills is steadily developing. We are talking here between two and seven years of age.’ http://www.csun.edu

Young preschool children frequently talk out loud to themselves as they play and explore the environment. There has been a lot of research done on this phenomenon of personal, yet audible speech in preschoolers.

‘Vygotsky’s sociocultural theory (1934/1987; cited in Daugherty & White, 2008) on cognitive development maintains that children’s private speech is used for self-direction and that this language is the foundation for later complex mental activity. Also known as inner language, self instruction or self talk, it serves to link words, actions and ideas, and facilitates planning, critical thinking and executive functioning (Winsler, 2007). The ability to consciously attend to the way we think is often described as metacognition or “thinking about thinking” (Munro, 2009).’

‘The literature suggests that private speech emerges in the toddler years, peaks in frequency during early childhood, then gradually reduces in prominence throughout the early school years, all the while following a shift from overt (out loud) self talk, to partially-internalized speech(whispers), to fully covert (silent, inner) speech or verbal thought(Manfra & Winsler, 2006; Winsler & Naglieri, 2003). 5’ https://students.education.unimelb.edu.au/LiteracyResearch/pub/Projects/OL/1SelfTalk_RBaker.pdf

Private speech and play is instrumental in cognitive and language development. As children talk out loud, they make sense of the world and things around them; they carry out difficult operations and try to understand them by talking about it.

For instance, Rayan tries to put a pencil in the wall socket and he is told not to do it.

“No Rayan, Don’t touch it” says his mother.

Rayan puts his pencil in the plug again and repeats “No” to himself.

Here the child is not trying to get electrocuted. He is simply absorbing the information giving to him and telling himself not to touch the plug. Rayan however is scolded by mom on doing it again after he has been told not to do it.

Gradually private speech becomes more and more internalized until it becomes our inner voice, the voice inside our head which all of us have. Teachers today should be educated with regard to self talk which may seem strange and distracting to them, yet if we ask for pin drop silence we may be sacrificing a lot of cognitive and language development.

Nuvaira A Dhedhi is a graduate in English literature and Educational Psychology from DHA Degree College for Women. Currently employed at Haque Academy as an elementary teacher, she is very interested in Psychology. This article was written as part of her research for the ‘Child Development Course’ while she was a student of the ECE Certificate Programme at TRC.