Promoting Gender Equality in the Classroom

Promoting gender neutrality in the classroom can help prepare our students for a modern, more equal world. In this month’s Ilm o Amal, TRC staff explains the steps you can take to promote gender equality in your classroom and in your school.

Research shows that when we promote gender equality in the classroom during the early years, we can help impact serious problems such as the incidence of gender-based violence.  As teachers you are ideally placed to promote the idea that no gender is better or more powerful than the other. 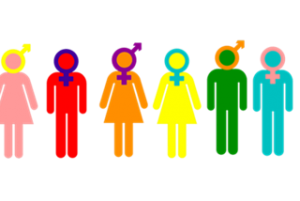 no matter what gender a child is, he or she has hopes and dreams and that he or she needs to be treated with respect. A classroom for young children is the right place to begin promoting such concepts.  This is because the very young are more susceptible to gender stereotyping as they are at a stage when they are forming an understanding of their place in society and their own potential.  For that we have to actively break down norms that support gender inequality and gender-based violence.

Teachers in the modern classroom should be calling out examples of gender inequality and encouraging children to think about gender stereotypes and question them. For instance, if you hear someone saying to a boy ‘chooriyan pehenlo’ (wear bangles) or ‘boys don’t cry’ you can start an important discussion about what these phrases mean and what happens when such ideas are propagated. Some children and teachers use these phrases without thinking about the underlying message they are propagating. A well thought out plan to promote gender neutrality in the classroom can counteract such messages.

Here are 10 ways you can promote gender neutrality in your classroom:

1. Introspection of your own assumptions: Boys are generally assumed to be noisy and rowdy, while girls are believed to be quiet, calm and sweet. Boys are told not to cry, while it is expected that girls will. Teachers should introspect and question their own assumptions about the genders in any situation and act accordingly.

2. Regulate your own behavior: Do you find that you comfort a girl more than you comfort a boy who is distressed? As a teacher promoting gender neutrality in your classroom, watch how you react to different situation and encourage children to share their feelings equally regardless of gender. 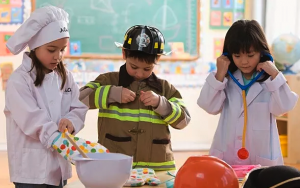 3. Equipment: When it comes to the toys, games etc. in the classroom, provide both genders equal opportunity to play with all the games and toys. Girls should be able to play with cars and boys can pretend to cook in the kitchen.

4. Be gender-neutral: Avoid referring to children’s gender where it is not necessary. Furthermore, avoid organizing children according to their gender. For instance, say ‘Make two lines,’ instead of lining up boys and girls separately.

5. Choose diverse stories: Provide children with a wide range of stories that show the genders in non-stereotyped roles. If you don’t have access to such books, change ‘he’ to ‘she’ in some books that you read out so the children have the chance to hear about girls in leadership or heroic roles. When reading ‘animal’ books, try and change a bear to a ‘she’ and a butterfly to a ‘he’, whereas traditionally it is the other way around.

6. Try being gender neutral about classroom tasks: Break stereotypes by changing the tasks you typically assign to each gender. For example ask the girls to move desks and chairs around while asking the boys to tidy up the classroom library.

7. Look for teachable moments: For instance, if a child says, “Fatima can’t play cricket, because it is a boy’s game”, instead of reprimanding him or her, use the comment as a cue to explain that that was an unfair comment. Also explain that in your classroom there are no gender specific tasks and it is the same in the playing field.

8. Invite Individuals who break gender stereotypes: Ask children to draw a nurse, a banker or an army officer. Then invite a male nurse, a female banker or a female army officer to speak to the children about their jobs. If the children express surprise at the gender of the person, discuss it in class. Use non-gender specific terms when referring to occupations, e.g. chairperson, flight attendant.

9. Encourage your schools to create a gender-equality policy: The policy should be gender sensitive. It should encourage gender-neutrality in language and also promote the acceptance of non-traditional gender roles and activities.

10. Include the parents: Invite the parents and talk to them about your classroom or your school’s new policy on become a gender neutral institution. If parents are averse to the idea, explain to them that in the modern world the genders have the right to equal opportunities and that you are helping lay the groundwork in your school or classroom.

As teachers we have to prepare children for a world where things will be different. It is very likely that traditional gender roles will disappear in future and teachers won’t need to promote gender neutrality in the classroom, because gender inequality will not exist. It will be a given.