Do your students have a fear or math? Are you stressed out by math? In this month’s Ilm o Amal, Shahrezad Samiuddin looks at the factors that can trigger math anxiety and what teachers and parents can do to prevent it.

Math anxiety is a real thing. Back in college I remember a boy – we’ll call him Junaid – who was repeating Math 101 (the most basic university level math course) in his fifth semester. Junaid was a hardworking boy, yet despite doing well in other courses and hiring private math tutors, he just couldn’t seem to pass Math 101. You probably know many like Junaid, who don’t just avoid math, but actually fear it. This fear of the subject, also known as, math anxiety can harm many students’ ability to perform in this most useful of subjects.

A few years ago, The Washington Post reported the results of a study that showed that math anxiety starts young and can start affecting students as early as the first grade. Students with math anxiety don’t just dislike math, they have negative emotions when engaging in any activity that requires them to use math skills. One study found that when university students who had math anxiety were told that they had to take a math test, it triggered a stress response in their hypothalamus.

Talking about fears triggered by math, the newspaper quoted Daniel Ansari, principal investigator for the Numerical

Cognition Laboratory at University of Western Ontario, Canada who explained, “When engaged in mathematical problem-solving, highly math-anxious individuals suffer from intrusive thoughts and ruminations.” Ansari further elaborated, “This takes up some of their processing and working memory. It’s very much as though individuals with math anxiety use up the brainpower they need for the problem on worrying. “

Studies have also found that math anxiety can be passed on. A study of first- and second-grade students found that there was no difference in girls’ and boys’ performances in math at the beginning of the year. However, by the end of the school year the girls who were taught by a female teacher who had high math anxiety, scored lower than boys.

From ‘catching’ the fear from an adult to how the subject is taught and tested, there are several factors that can affect a students’ feelings around math. Following are a few of the common triggers for math anxiety.

A major cause of math anxiety stems from timed tests. math tests, like other tests, tend to be timed. This 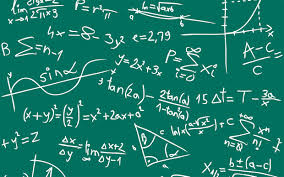 pressurises students to meet deadlines. In a school setting, timed tests can stress out some students who may forget math concepts and skills they had learnt and practiced at home. In fact, if a student with math anxiety fails a test, it may simply confirm the doubts he or she may have about his or her math ability. This way, a fear cycle can set in around math which can be difficult to break. Tests are part of school, but it is important to remind parents and students (and sometimes even teachers) that they are not the goal of education. The real goal of education is learning.

Math anxiety can be caused by a students’ past negative experiences around the subject. For instance, if a student was scolded even once for getting an answer wrong, it may trigger or worsen his or her anxiety surrounding the subject. Anxiety can also be triggered if a student was embarrassed in front of others for not understanding a math concept of for getting the wrong answer.

Influence of Teachers and Parents

Children are sensitive and can easily pick up on an adult’s anxiety about a subject. Since math anxiety is quite rampant, it is not surprising that a lot of students may be reflecting their parents’ or their teachers’ fears around the subject.

There are several ways teachers and parents can motivate their students or children to study math and prevent math anxiety.

Where students pick up on negative feelings around math, they can also pick up positive feelings about the subject. Parents and teachers who stay positive about teaching the subject and refrain from airing opinions such as “I am not a math person” or “Everyone cannot learn math” can pass on their enthusiasm and positivity for the subject to their children and students.

An adult who has negative experiences around math can explain to a child or student that the feelings stem for how he or she was taught the subject in school and has nothing to do with the subject itself. The adult can also explain that he or she is trying to change his or her feelings around the subject and that math is very ‘learnable’.

Mistakes should be seen as a chance to grow and learn, and not as a dead-end judgement about math ability. Avoid putting the student on the spot about a wrong answer. When a student makes a mistake, instead of putting him or her down, ask “Please explain how you came up with this answer?”. Ask around in the classroom if someone else came up with the same answer. If you get a few different answers from the class, you can do the problem on the board collectively.

Give Everyday Examples of Math

Students will be more motivated if they see a point to learning math. A teacher who supports the concepts she 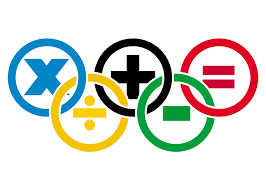 teaches in class with real world applications of math will help motivate her students. For example, tell your students that estimation skills are useful when estimating totals while shopping, or that fractions are useful when cooking or baking, and decimals are useful when calculating money and so on. Once you show students the relevance of a math concept they are more likely to show interest in learning it.

What Seems Irrelevant… is also Relevant!

A lot of students are unable to see the relevance of advanced math topics such as algebra, trigonometry and calculus. Explain to them that these subjects are relevant for students who may want to study subjects such as electronics, physics, math and medicines at the university level. Also, studying these math topics can help develop logical thinking and problem solving skills. Teachers can tell students that since they don’t know what they will be doing at university, it is important that they study these higher math topics in school.

Teachers can ask math-anxious students to write down their fears surrounding the subject. Students often find that when they write down their worries and think critically about them, their fears turn out to be unfounded. Younger children, who may not be able to articulate their feelings, can draw their fears. Help students understand that tests are not threats. Instead they are challenges.

Put the Fun Back into Math!

Try to connect math to games or to your students’ interests. For example, if you are teaching teenagers, you can use examples of popular sport celebrities in word problems. For younger children you can use well known cartoon characters to grab their attention. This helps create positive emotions around math.

Teaching math in a way that tackles anxiety can lead teachers to engage with students in a completely different level. With the right teacher, students like Junaid should no longer blank out when they see numbers on the board. Keeping these factors in mind, try incorporating new ways to teach math concepts and you will hopefully see a spike in your students’ level of interest.

Shahrezad Samiuddin works at TRC. She is also a journalist with a special interest in traditional and new media. She has written features pieces in Dawn on various issues, including on the media. For almost a decade, Shahrezad has been writing the Auntie Agni column in Dawn. She writes on a variety of subjects for Aurora, the Express Tribune, The Herald (Dawn group) and The Indian Express. She has also co-authored a book on Pakistan for young readers called, Pakistan: Castle with a Thousand Doors.