How to Encourage more Girls to Pursue Science and Math Careers

Although more women are graduating from university worldwide, they remain a minority in the STEM-related fields. In this month’s Ilm o Amal, TRC staff explores how schools and teachers can encourage girls to choose STEM careers. 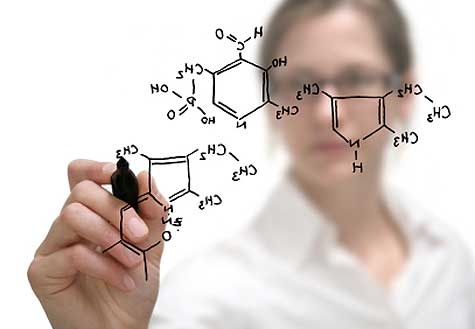 With the International Day of Women and Girls in Science round the corner on 11 February, it is time to talk about gender equality in the sciences. Around the world a lot of effort is being made to engage girls in S(cience) T (echnology) E(ngineering) M(ath)-related fields. However women’s’ and girls’ participation is these fields are still far from ideal.

For instance, less than 30% of the researchers worldwide are women and according to UNESCO (2014 – 2016), and only around 30% of female students select STEM-related fields when and if they enter higher education. Globally, female students’ enrolment is particularly low in ICT (3%), natural science, mathematics and statistics (5%) and in engineering, manufacturing and construction (8%).

Why should we care about this? Mainly, because employment in STEM-related fields such as ICT is expected to grow faster than other occupation in the future. If our female students are to take advantage of these opportunities, the foundations for their careers need to be laid today. Further, underrepresentation of women in STEM-related subjects means that often scientific breakthroughs are male centric and cater to very male requirements.

This is a result of long-standing biases and gender stereotypes which have steered girls away from science-related fields. As teachers, we can all work in our individual capacities to change these ideas and break the mould. Here is how you can work to bring about change in your classroom.

Teach a growth mindset
A lot of students (and even teachers) come to the classroom with the belief that there are people who are gifted in certain subjects and hence they breeze through them. While there are others who won’t get very far in those subjects and that there is no point in trying. A growth mindset challenges that by stressing that abilities can be developed. In order to encourage girls to do well in STEM-related subjects, emphasize to them that effort and strategies can help build ability. For example, you can say to them that, “Anyone who wants to become good at math has to practice by doing lots of problems, especially difficult ones which you can learn from.” 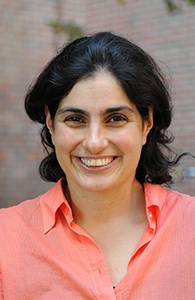 Challenge female stereotypes in the classroom by introducing female scientists who have achieved greatness in STEM fields. This will not only help break stereotypes amongst girls, but also amongst boys. If you can, expose your students to local examples of female scientists.

You can talk about Dr. Azra Quraishi who was a leading botanist from Pakistan. She created a virus-free seed potato and her research actually benefited Pakistan’s trading position because it increased the country’s annual potato production by 5%. Another celebrated scientist is Dr. Nergis Mavalvala who is of Pakistani origin. She became known for her role in the first observation of gravitational waves and was widely hailed by the local media. The key is to focus on the women scientists’ journeys. While talking about these women you should emphasise that none of them achieved anything overnight. That they probably failed along the way before they reached great heights. Make their journey relatable.

Value failure
Teach girls to see failure as a learning opportunity instead of something they need to avoid at all costs. More than the goal, the important part of any journey is the learning process. When a child makes a mistake, she should be taught to discover where the mistake occurred and to watch out and troubleshoot for next time, rather than avoid the exercise altogether. Slowly children will realise that it is important to see their STEM ability in terms of a growth mindset. The key is if at first you don’t succeed, try and try again till you do!

Provide opportunities to succeed
Give girls the opportunity to succeed at STEM-related tasks. This will help build their confidence when it comes to these subjects which are frequently seen as a male domain. One way to do this could be by turning a STEM-related assignment into a game to motivate students.

Combat stereotypes about scientists
Unfortunately a lot of what we see in the media about scientists makes them seem like nerds who are smart, but who work alone, are detached from reality and don’t have much fun. This can make science seem like an unattractive career option. However, these are false stereotypes which you can help break in your classroom. For instance when talking about inventions, you can tell children that scientists often have to work in teams and collaborate with others before they create anything. You can also explain to them that some of these inventions have gone onto change the world for the better and to serve humanity.

By doing this you can help girls see that pursuing careers in STEM fields will most likely involve working with others to do good in the world. If possible ask someone who works in a STEM-related field to visit the classroom or conduct a virtual talk through Skype.

Introspect
In a world that is changing and where gender barriers are being removed very fast, we as teachers need to introspect and see where their own gender biases lie. As a teacher, your change in attitude can impact that of the entire classroom. By adopting an inclusive attitude in the classroom you can play a critical role in bringing about change in both male and female students.

Most of the changes outlined here are very doable and will probably cost next to nothing. They might also seem like very small steps towards encouraging girls to enter STEM –related careers, however they can go a long way towards changing mindsets (in both girls and boys) and help build a fairer world and future for our students.