ECED in Finland: Setting the Ground for Future Academic Success

Early Childhood Education in Finland is marked by a striking absence of academic pressure. In this month’s Ilm o Amal, TRC staff examines how an early emphasis on free play and play-based learning sets the ground for exemplary academic success in the future.

For the last 16 years, Finland’s public school system has ranked at the top of Europe’s education systems. While countries around the world debate how schools should be governed and what the structure should be, Finn students have been quietly delivering academic success after academic success. And the key lies in the revolutionary, uniquely Finnish approach to education, which starts right when the students are still very young.

While around the world, many parents push and pressure their child to learn to read and write as soon as possible, the typical young child in Finland remains blissfully illiterate! He or she attends day care centres and kindergarten, but receives no formal instruction until he or she is at least 7 years old. At the day care centre or kindergarten, they are not required to study math, reading or writing. The children’s only ‘task’ is creative play. Ironically, this easy approach lays the groundwork for exemplary school performance in the future which puts Finland’s students at the top of the heap of European students.

Finn parents have no concept of education being a competitive race and are relatively more relaxed. There is no race to get your children into the ‘right’ school and there is negligible difference in the quality of education being offered at the various schools around the country. One school is deemed to be as good as another, and most students and their parents are relatively more content with their school, than parents and students in other countries. In a report on Finland’s education system that appeared in the Guardian, Tiina Marjoniemi, the head of a day care centre in Finland said about children, “They need time to play and be physically active. It’s a time for creativity.”

Early year’s education in Finland is devoted exclusively to the health and wellbeing of every child. 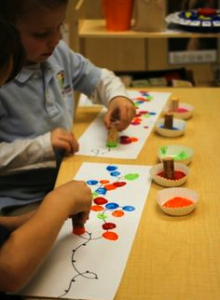 The main focus of day-care facilities and kindergartens is on helping very young children develop good social habits and learn to respect others. Values that will serve them well in life.

While children around the world are made to sit in classrooms and receive instruction, Finn children get a whopping 1.5 hours of outdoor play every day. The goal of attending a day care or kindergarten is not academic preparation at all. Instead, everyday kindergartens and daycares focus only on supporting children to become happy and responsible. The 90-minutes of playtime actually lays the groundwork for future success. Finn educators are acutely aware that children who play freely for long periods, naturally develop qualities, such as a longer attention spans, perseverance, concentration and problem solving, which eventually become strong predictors of future academic and life success.

It is Not Natural to Take a Pencil and Sit Still

In another article written for The Atlantic by Timothy D. Walker on this exemplary education system, the writer quotes the director of a school in Finland, Maarit Reinikka as saying : “It’s not a natural way for a child to learn when the teacher says, ‘Take this pencil and sit still.’” In her school, as in other schools around Finland, early childhood educators only engage their students in desk work once a week.

Finn children will only learn to read in kindergarten if they are ready. There is no pressure on them 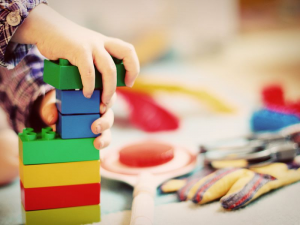 to meet any literacy goals. In fact, kindergarten teachers and parents around Finland meet each other at the beginning of the academic year to make personalised learning plans, which are lead by each child’s interests and levels of readiness. If a few kindergartners display a readiness for reading, they are taught in a playful manner.

In this way Finland gives more power to teachers, students and their parents to design and direct the child’s learning. Teachers are well paid, well-trained (it is mandatory for them to complete a five-year specialist degree), respected by parents and valued and trusted by politicians.

They Don’t Even Realise That They are Learning

To research the system, Walker visited a school in Finland and walked into a playground where the children had been busy playing for over an hour. Here is how Walker describes what happened next.

‘I asked them to describe what they’d been doing on the playground.

“Nothing else?” one of their teachers prodded.

“Nothing else,” they confirmed.’

A kindergarten teacher later says to Walker; “[Children] learn so well through play. They don’t even realise that they are learning because they’re so interested [in what they’re doing].”

Next Walker looked at the children’s plan for the days. In this particular instance he found that Mondays, for example, were dedicated to field trips, ballgames, and running, while Fridays were for songs and learning corners.

Walker observed the children participating in the Morning Circle, where they got together to sing and 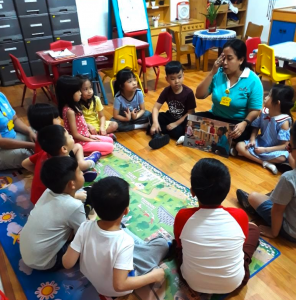 chant. Done with the Morning Circle, the children went to their stations (or Learning Corners). He observed that one child busy making a fort with bed sheets. Another was engrossed in art and craft, while another child decided to set up a pretend ice-cream shop in which she stuck together scoops made of paper to create and ‘sell’ ice cream cones. Thus children either played freely (like building dams) or in a more guided way (using simple props to set up pretend shops).

The children were also exposed to books just before lunchtime, when their teacher brought out a basket of books. Most of the 5- and 6-year-olds simply flipped through the book enjoying the pictures, because they could not read yet. The teacher explained to Walker that only one student in her class of 15 could read to some degree. “We don’t push them but they learn just because they are ready for it. If the child is willing and interested, we will help the child,” said the teacher.

Walker, like others who have studied this revolutionary system of education, came away struck by the great emphasis on ‘joy’ in Finland’s early-childhood education programme. In fact, joy and play are explicitly written into the curriculum, clearly drawing from an old Finnish saying, “Those things you learn without joy you will forget easily.”