A Mother’s Emotional Story about her Daughter’s Development Delays

Developmental delays in children can be difficult for parents to accept. In this month’s Ilm o Amal Shazia Muzzammil reveals what it was like to discover that her daughter had significant development delays and to support her child and other parents going through the same problem.

My firstborn Umaima is academically bright and well mannered, while my second one Hadiya – a name which means a 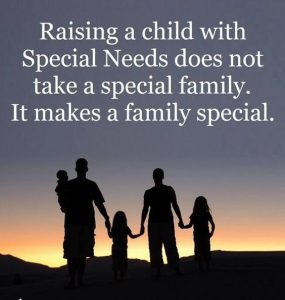 gift from Allah – is a gift in the true sense. Hadiya was a beautiful baby and also a calm one, right from the beginning. She started holding her head which is major milestone in an infant, around 8 months. At that time I was not aware that this could mean that something was the matter with her. At 9 months she started sitting without support. This is the age when babies usually start crawling. My baby started crawling when she was 1.2 years old.

She started at a Montessori at 1.10 years old. I was naïve, thinking “Bachon ko dekh kar chal paray gee” (She will start walking once she sees the other kids) and “Bachoan ko dekh kar bol paray gee” (She will start talking once she sees the other kids), even though I lived in a joint family full of children who were around her age. All these naive ideas were instilled in my brain by my elders, who were pacifying my already wild mind and I was failing to accept that something was wrong.

At Playschool I would carry Hadiya in my arms from the car to her class and later carry her again back to the car in my arms, as she hadn’t started walking yet. I was envious of all the other mums who were asking their children how their day went, what they had for lunch, what the names of their friends were and which nursery rhyme they liked. Hadiya simply smiled and hugged me. Hadiya did not walk and Hadiya did not talk, while all the other children were running to their classes. They held their mums’ hands and crossed the road, but my Hadiya simply sat and waited for me to come to the class and pick her up.

The quiet struggle
Hadiya was 2.6 years old (almost three) when she finally started taking small steps. But she still wasn’t talking. Her vocabulary was hardly ten words. Hadiya was struggling quietly and I was unaware. I did not know that a three year old should know at least 200 words and we should be able to understand 75% of what they say. But I, her own mother, did not even understand 10% of what my child needed. I connected to her emotionally. I connected to her with my intuition and most of all I connected to her with the softest corner of my heart. Because I thought she was just different and she will be fine.

I didn’t know what lay ahead of me. I didn’t expect the information that was about to hit me so hard that I it 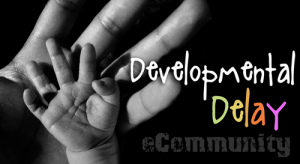 would change me as a person and change the way I look at my life.

Around the age of three, I decided to talk to the principal at my elder daughter’s school. I knew they catered to children with different needs. I got an appointment and she informally assessed Hadiya. She gave me the number of a speech therapist and told me to get her assessed as soon as possible.

I met the therapist and later a psychologist. They both concluded that Hadiya had a global developmental delay, as the reason for her delay was unknown. That is why her intellectual capability for achieving certain targets is lower compared to other children her age.

I was crushed. I wanted solutions. I wanted answers and I wanted a cure. I went completely blank for a couple of days. But my husband was very supportive and told me to have faith in myself and my child. He told me to be patient and leave everything in the hands of Allah, as he had given us a beautiful hadiya (gift) in the form of Hadiya. He told me to follow my instincts and not give up on anything and do whatever I want to do to make it easy for Hadiya in the days to come.

Finding friends in strangers
I started reading and researching Hadiya’s development delays. I started meeting others who were facing similar problems with their children. Meanwhile, at the age of three, Hadiya started speech therapy along with occupational therapy, five days a week. During that time I came across parents whose children had mild to extreme autism. I met parents whose children had ADHD (attention deficit hyperactivity disorder) and dyslexia. I found friends in 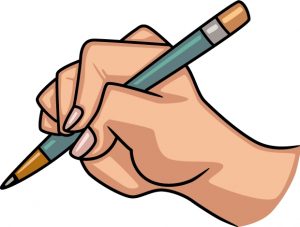 I also began my journey to help parents understand and accept if their child is struggling and to get help for them. I learned that many parents have a hard time addressing their children’s issues and ended up blaming teachers or the school system.

Today Hadiya is in Grade 1 and is seven years old. She seems the world as either black or white and there are no grey areas in her world. She has made me a better person and a better parent to my third child. She has taught me to slow down and enjoy every day. I have learned that some things cannot be cured by medicines or surgery. They are cured by love, patience and attention. She has made me grateful for all the small things in life that we take for granted, like holding a pencil in our hands for which I have seen her struggle, get defeated and eventually succeed in picking it up, and to finally be able to begin her writing journey.

Her speech and occupational therapy have stopped. She talks nonstop, runs and plays. But she is still struggling. And I have accepted that she always will be one step behind her peers and I will also be struggling with her at every step in life. Maybe someday she will overcome the struggle, but for now we are patiently dealing with the issues one day at a time.

Shazia is a teacher trainer and has a deep interest in children’s learning and development issues. She has extensively researched developmental delays and is keen to share her insights and experiences with all those interested in the field.