Role-play is a simple, but effective tool for active learning in the classroom and can help students go beyond just learning facts about different subjects. In this month’s Ilm o Amal, we explore how role-play can motivate children and trigger their interest in different subjects.

Students learn more when the activity they are engaged in is an enjoyable one. Role-play is a great way for 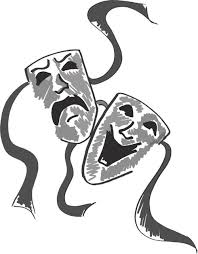 children to learn actively. Any activity in which children put themselves in an imaginary situation is role play and so it comes naturally especially to young children. From ancient kings and queens to modern-day scientists and astronauts, children can take on any role in the magical world of role play. If a teacher keeps in mind the attention spans of students at different ages, she can start using role-play and gain from its benefits even when teaching preschoolers.

Following are some reasons why you should incorporate role-playing in your lessons.

1. Role-play allows quieter students to express themselves
Students who are reluctant to speak up in class can do so through drama. They can use role play to express their true feelings without worrying about being criticized or judged.

2. Role-play helps students develop empathy
Through role-play, students can understand the character (even a negative one) and the situation well. Such an understanding of the subject can give an insight into the material that may not be possible otherwise.

3. Role-play creates an attachment to the subject
By increasing students’ involvement in the subject, role-play forces students to think in detail about the issue. When students are so focused and involved, their understanding of the subject and their connection with it increases.

5. Role-play is motivating.
Students are usually excited about to using role play in the classroom and tend to learn better, because of their first-hand connection to the material.

6. Role-play is entertaining
When learning is entertaining, students tend to retain more of the subject. Role play is usually a break from what happens in a classroom every day. It adds an element of fun in the teaching and helps students enjoy the learning process.

7. Role-play promotes teamwork
By bringing students together to write and perform skits and take decisions about the script, role play helps students learn and work well with each other. Children learn to cooperate with each other.

8. Role-play is a great way to talk about moral values
Instead of imposing a set of values on students, when you let students explore and discover the connection between the subject matter and morals, drama allows them to explore various aspects of moral issues and develop values related to it.

Tips on integrating role-play in the classroom

1. Prepare the students. The students should get clear instructions about what you are looking for and how you will be marking the skit (if it is graded at all).

2. Make it simple. Start your role-play with easy situations and slowly move onto more abstract and challenging ones. This allows students to become involved with the concepts and is a good way for the teacher to ‘break into’ role-playing if she is not comfortable with the idea of using it in the classroom.

3. Keep an eye on trends. Ask students what they like to do and stay in touch with whatever is trending with your students. There may be a pop star or a new phone app that is popular with the children. Try to use that in the drama, if you can as it will be something memorable and entertaining. 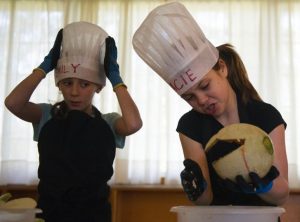 This need not be difficult. For instance a chef can put on a paper hat with ‘Chef’ written on it and really feel like an expert. If you have the time, encourage children to bring simple props such as fake fruit baskets or rolling pins, to really bring the role-play to life. You can also move around the furniture to turn the classroom into a clinic or an office.

5. The role-play activity should be evaluated. The actors and the observers should discuss the role-play after it is over to see what everyone thought about it and how relevant they felt it was. Ask the students whether the role-play was realistic and whether the problem was solved. Also ask the students if they would have done something differently. Finally ask them both the actors and the observers, what they learnt from the experience.

Students love role-playing in the classroom. If you are unsure about how to use it, start by using role play sparingly at least initially. For instance you could pick out an event in a history book that the students have been reading and ask children to develop a short skit around it. You can also pick out something the children read as part of literature or comprehension and turn it into role play. The possibilities are endless and the outcome will sometimes surprise you.