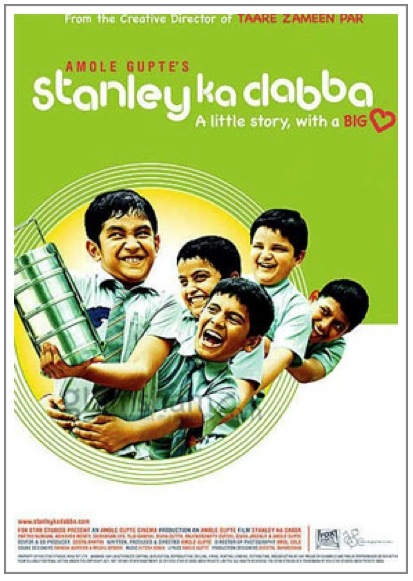 Stanley ka Dabba is a little story with a big heart. Stanley, the little protagonist of Amole Gupte’s latest film, shows how we can rise above all the filth around us and make the world a better, beautiful place to live in.

Stanley is a fourth grader who is very popular amongst his friends. He is talented and is liked by his teachers. However, he never brings his lunch box or ‘dabba’. ‘Khadoos’, as he is popularly called, is a Hindi teacher who does not bring his own dabba but likes to eat others’ lunch. Stanley’s friends share their lunch with him by hiding from Khadoos. Khadoos eventually finds them on the terrace and warns Stanley to bring his own lunch or stop coming to school. Stanley misses school for a few days and his absence is felt by his teachers and school mates. One fine day, Stanley brings his dabba packed with mouth-watering items for Khadoos. Khadoos realises his mistake and quits the school. Stanley’s performance in an inter-school festival is appreciated by everybody. Towards the end, the reason for Stanley’s lack of a dabba is revealed.