Synopsis: In the kingdom of Shandrilan, winter has been growing longer and colder ever since the creation of the Hush Law forbidding noise. This includes everything from talking loud, laughter, and dancing to music! But Aurora, the daughter of the ‘town whisperer’, hears music (“beautiful noises” as she calls them)! She is sure of it. Her parents are quite distressed at this and forbid her to speak of it. Her mother is particularly harsh on the subject for reasons that Aurora does not know …. Then Aurora befriends a mysterious gypsy who gives her a music box. The machine will teach her all the “old songs” before the sun fades away in Shandrilan, if she isn’t arrested by the ‘noise police’ first. A gentle, artistic, and powerful portrayal of honoring the truth even when it’s forbidden or not popular. 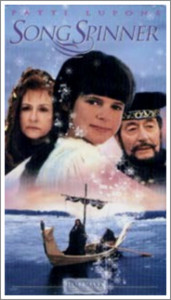 Made for TV in 1995, Director Randy Bradshaw’s delightfully magical movie has had tremendous acclaim from teachers and parents who have called it “a pure gem of a movie!”, “flawless in every way!” and “timeless and timely!”

The film raises several issues related to Authoritarianism, Laws, the role of Music in our lives, and the ability of a courageous heart to affect the world.

Please phone and make a reservation. Seats are limited and will be available on a ‘first come, first served’ basis.