Planet Earth, gives us so much and asks for just one thing in return: respect. Respect for its natural resources and the intricate balance that keeps everything in harmonious flow. As we look around at the heaps of garbage around us, the constant tufts of black smoke emitting from various pollutants and the undeniable haze in our atmosphere, it is evident that we are tipping that balance and as a result our planet and all its inhabitants are suffering.

Most of us do our part to get involved in some way. While it is extremely important and beneficial for a 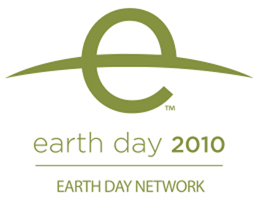 collective and unified effort, the sad truth is that a mere 24 hours cannot make a substantial shift in reversing years of abuse and neglect.
So what can we do to save our planet from extinction? The solution lies in our actions, in what we practice, and in remembering that EVERY little bit helps. One wrapper not thrown on the streets is one wrapper less littering our environment.

2010, forty years after the first Earth Day, the world is in greater peril than ever. While climate change is the greatest challenge of our time, it also offers an unprecedented opportunity to build a healthy, prosperous, clean energy economy now, and for the future.

This year, as part of its commitment to power the Earth Day Movement, TRC is collaborating with Earth Day Network, PeaceNiche, IUCN and Radio 1 FM 91 to deliver exciting events, discussions, and activities.

Super Size Me is a documentary film directed by and starring Morgan Spurlock, an independent filmmaker.

Spurlock’s film follows a 30-day time period (February to beginning of March 2003) during which he eats only McDonald’s food. The film documents this lifestyle’s drastic effects on Spurlock’s physical and psychological well-being, and explores the fast food industry’s corporate influence, including how it encourages poor nutrition for its own profit. Spurlock dined at McDonald’s restaurants three times per day, eating every item on the chain’s menu. He also always “super-sized” his meal if given the option – but only if it was offered. Spurlock consumed the equivalent of 9.26 Big Macs per day during the experiment. As a result, he gained 24? lbs, a 13% body mass increase, a cholesterol level of 230, and experienced mood swings and fat accumulation to his liver. It took Spurlock fourteen months to lose the weight gained from his experiment. The reason for Spurlock’s investigation was the increasing spread of obesity throughout American society. Spurlock believes that much of the criticism leveled against the tobacco companies applies to fast food franchises whose product is both physiologically addictive and physically harmful.

After the screening, there will be a group discussion led by TRC.

Climate change may be a big problem, but there are many little things we can do to make a difference. IUCN and TRC will visit a number of public sector schools to talk to students of grades 6-8 about the effects of greenhouse gases and global warming and what can be done to take action.

These are the schools that are part of this initiative: 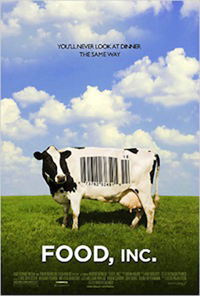 How much do we really know about the food we buy and serve to our families?
In Food, Inc., filmmaker Robert Kenner lifts the veil on America’s food industry, exposing the highly mechanized underbelly that has been hidden from consumers with the consent of the government’s regulatory agencies. The nation’s food supply is controlled by a handful of corporations that often put profit ahead of consumer health, the livelihood of farmers, the safety of workers and the environment. Alongside the bigger-breasted chickens, the perfect chop, herbicide-resistant soybean seeds, and tomatoes that don’t go bad, there are also new strains of E. coli – the harmful bacteria that causes illness for an estimated 73,000 people annually. America is riddled with widespread obesity, particularly among children, and an epidemic level of diabetes among adults.

After the screening, Abbas Raza will talk about his organic home farm, the fruits and vegetables he grows, and what we can do to eat and live healthy.

What would you do if YOU were Pakistan’s Prime Minister?
Take 120 seconds to talk about 1 tangible thing you would do for the environment if you were the country’s Prime Minister. Students with the most interesting and practical ideas will be selected for a TV show in June. More information will be sent to schools later in April.

Weekly Classroom Activities
Each week in April and May, TRC Network schools will receive an Earth Day Activity in their Inbox. Informative, interesting, and interactive, these activities, games, and stories are designed for students to learn about the environment and how to take action.