Synopsis: In the fall of 1994, a teacher at Chicago’s run-down Steinmetz High recruited seven students for an academic decathlon team. They worked long hours, preparing for the February regional event, previously won for ten straight years by a privileged, preppy school. Steinmetz finished just well enough to be invited to the state championship. When a team member stole a copy of the state test, the teacher and students faced a dilemma: to remain honest, or to cheat and score a victory for students in underfunded schools. When they do well, they must face a withering barrage of investigations, accusations, lawyers’ lies, and reporters’ intrusions. Is it all worth it? What lessons does cheating teach?

Made for HBO, Director John Stockwell’s brilliant drama is based on the true story of eleven students who conspire with their teacher to cheat on an academic competition. The film raises several issues related to Testing, Grading, 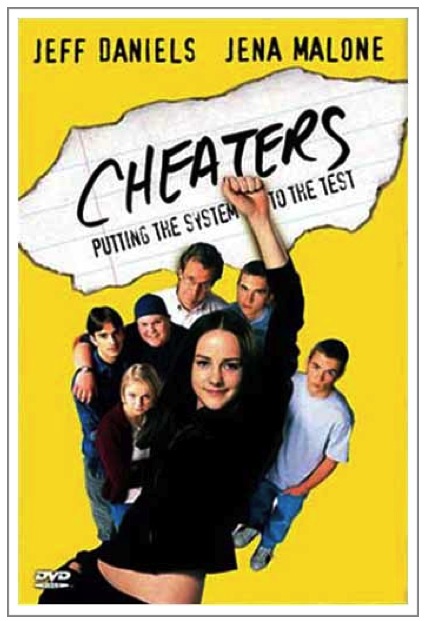 Competition, Motivation, Fairness, and Privilege. As the film’s tagline states, Cheaters “puts the system to test”.

The film won two of Television’s most coveted awards: the Emmy (for Outstanding Writing) and the Eddie (for Best Edited Motion Picture for Non-Commercial Television).

Please phone and make a reservation. Seats are limited and will be available on a ‘first come, first served’ basis.