ECE-CP term activities The quarter saw the end of last two terms of the programme which kept the staff and faculty diligently busy with wrap-up tasks. The final field observations were also carried out by the Field Supervising Teachers (TRC-IECE Academic Advisor and faculty members) and these were followed by post visit discussions with students. Recruiting students for ECE-CP 2014-15 Admissions to the ECE-CP 2014-15 formally opened on May 2, 2014 with admission forms and schedule announced on the website. A series of inquiries from interested candidates followed which was managed by the staff. Based on the scrutiny of registered candidates, written tests and interviews were held in June. The candidates were duly informed about the selection or rejection decision. We are still accepting applications for the new batch and the second round of interviews will be held in August 2014. Open day: ECE-CP 2014-2015 An open day was organised at TRC on May 19, 2014 to showcase its Early Childhood Education Certificate Programme (ECE-CP). The purpose was to introduce the programme in detail and facilitate interaction of the potential candidates with the faculty. The open day sessions were held in two time slots, between 11:00 am to 1:00 pm and 3:00 pm to 5:00 pm, to allow both in-service and non-teaching candidates to attend. 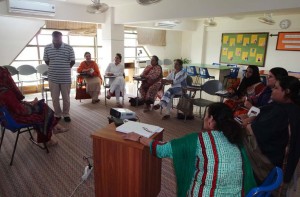 A number of visitors from different walks of life attended the event; teachers, coordinators, fresh graduates aspiring to be teachers and even seasoned teachers who were looking for a comeback to the profession. Through a gallery of displays, the visitors were walked through the 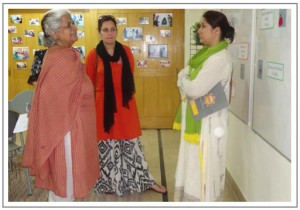 ECE-CP classroom giving them a sense of what to expect from the programme. Visitors who opted to come in the second half had the opportunity to observe a class in session. The testimonials from some of the alumni members, who volunteered to be present at the occasion, inspired the candidates to opt for registration. The open day was well received by all those who attended and provided insights into what the 10-month journey would look like in terms of its academic rigour, diversity of approaches and relationship with the faculty.