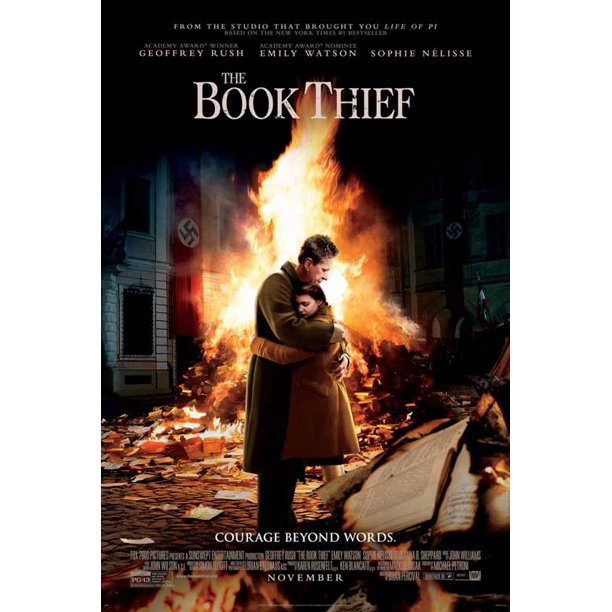 The Book Thief is about a young girl, Liesel who lives with her adoptive German family during the Nazi era. She finds it difficult at first to adjust to her new family, until her new father teaches her to read a book she had found. She soon gets through the book and thirsts for more to read. Reading becomes a passion and she begins stealing books which actually see her through this very trying period.

What motivated her? What makes any child want to read? How do we plant the desire to read and 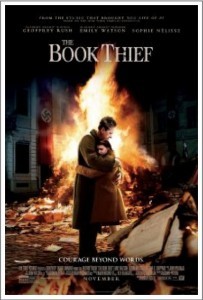 how does it take root? How can parents and teachers go about nurturing the love for reading? There are countless reasons for why children want to or don’t want to read. Following the screening we will discuss the film and all of the above questions.

The Book Thief is a 2013 American-German war drama film based on the novel by Australian author Markus Zusak. It is directed by Brian Percival, starring Geoffrey Rush, Emily Watson, and Sophie Nélisse. It premiered at the Mill Valley Film Festival on October 3, 2013, and was released for general distribution in the United States in November 2013. For her performance in the film, Sophie Nélisse won the Hollywood Film Festival Spotlight Award, the Satellite Newcomer Award, and the Phoenix Film Critics Society Award for Best Performance by a Youth in a Lead or Supporting Role – Female.

Refreshments: You can help yourself to chicken sandwiches and chips and a cup of tea as you come in. We will begin the screening at 2:30 p.m. sharp.