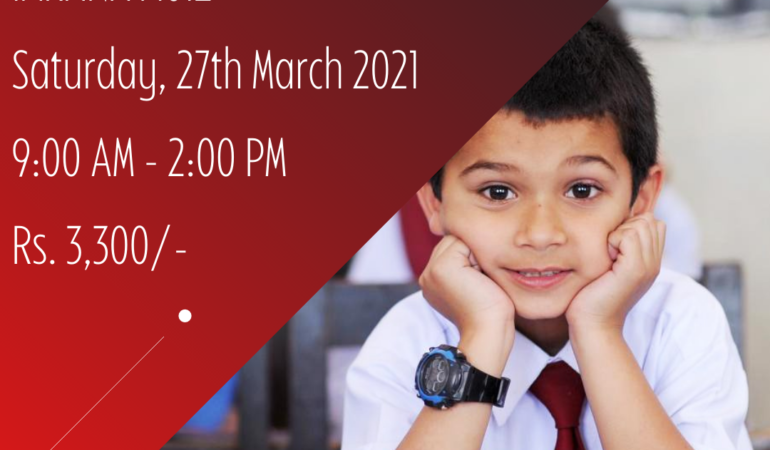 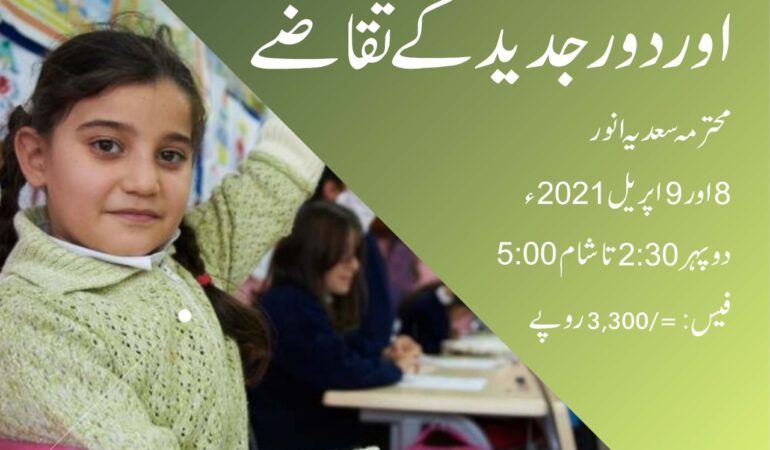 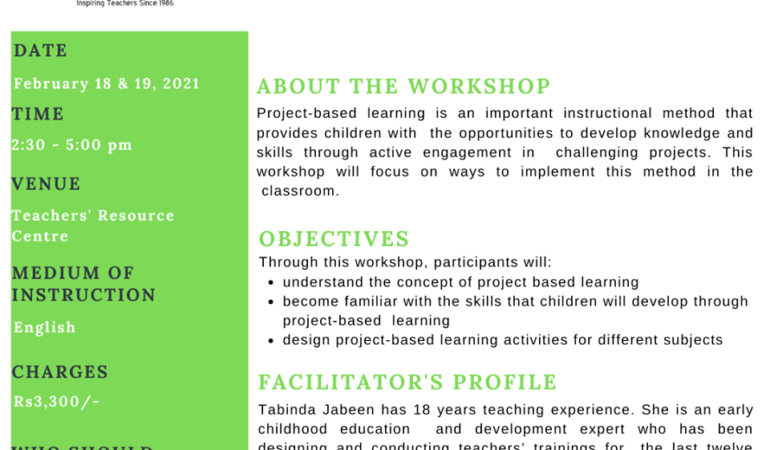 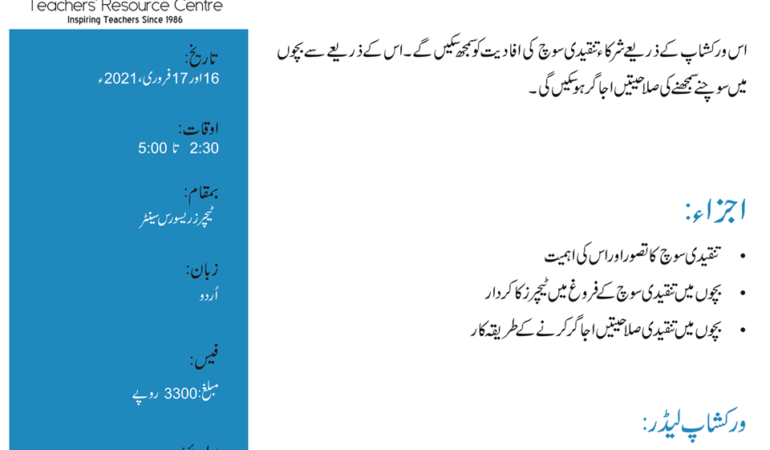 Based on a philosophy of freedom of choice, democratic decision making, and mutual cooperation, a mixed-age, mixed gender “learning room” was set up. A community of learners ranging in age from 4 to 16 years from special needs schools, government and private schools, worked cooperatively together over a period of six weeks.

TRC organised an exhibition of children’s painting depicting their vision of tomorrow’s world. Over two thousand entries (2,692) were received from fifty-schools. The paintings were strung together and hung from balconies and on the sides of the kanaat (tents) to give a wall-like effect. Although some paintings reflected gloom and doom the majority showed advances in technology and a positive picture. As one visitor said, “… their hope of a bright future was evident in their work.

Schools performed puppets shows on the theme “Tomorrow’s World”. One story was about a young boy and girl who go to sleep to wake up in a hot and polluted world several decades in the future. They realise that pollution and global warming has taken its toll. Fortunately they wake up to find it was just a nightmare and that they still have time to save the world from such a ghastly future.

Students modelled fashions depicting the children’s predictions for the future. These included paper clothes which could be worn a couple of times and then discarded, clothes with built-in computers and televisions and mechanised-wings to fly with. Two fashion shows were scheduled every day but the number had to be increased on popular demand.

An activity sheet was distributed to visitors asking them to list at least fifty professions that we will have in tomorrow’s world. A prize was offered for the longest list. Some of the entries showed children’s imagination, for instance a space shuttle fuel attendant or a hair dresser for robots. However, it was found that many of the children who responded could not move beyond the present.

A model demonstrating the concept of telemedicine impressed many of the visitors. They saw “surgery” being performed by a robotic arm linked to a computer that was being instructed by a surgeon sitting in a developed country while the “patient” was miles away in an under-developed area.

A time-tunnel led the visitors into the world of future transport, including solar powered ships, underground roads, under water and space travel.

Based on the premise that in tomorrow’s world there will be space colonies housing thousands of people, the exhibits were displayed in a “tours” (a tunnel-like structure that will be the main-stay of space stations according to today’s projection). One visiting student wrote in the Visitor’s Book, “We must take care of our earth so that no space colonies are made.”

Exhibits by other Organisations

NED University of Engineering and Technology
Engineering students from the NED explained the theory behind the models of solar energy vehicles and engines that run on air. They also showed a desalination plant and household items like a cooker and a refrigerator that runs on solar energy.

Seven leading companies and organisations lent their expertise and equipment, and displayed information and the latest technologies in communication. This included an advanced on-line parcel tracking system, a digital camera used for video-conferencing, and an on-line shopping mall specifically designed for Pakistani products.

National Institute of Oceanography (NIO)
A model of Pakistan’s station in Antarctica was displayed as were information of the different marine life on Pakistani shores. They also ran video shows on oceanography.

Pakistan Space and Upper Atmosphere Research Commission (SUPARCO)
Pakistan satellite station Badar was displayed as was the model of a rocket. A highlight of this exhibit were the satellite images of Karachi which could zoom in on any particular area, for instance Landi or Kemari, to show details of topography of that area.

The celebrations were solemnised at the National Coaching Stadium, with the ‘Earth Synergy’- Pledge Taking Ceremony, where over five thousand students, from private, government and DMC schools participated. ‘Earth Synergy’ had been conceptualised in the Philippines as an event where we, the inhabitants, would join hands and remind ourselves to accept our individual and collective responsibility to heal the earth.

Like several participating countries, we translated the pledge into Urdu and set it to the popular tune of ‘Dil dil Pakistan’ so that all participating students would be familiar with it… hearing the stadium resound with the energetic voices of 5000 students on April 22, Earth Day, knowing that others around the world were doing the same, made all the effort seem worthwhile. The students were accompanied in taking the Pledge by Professor Anita Ghulam Ali, Minister of Education, GoS, who later addressed the children.

Managing 5000 students and their teachers, was no easy task. Yet some students rewarded us by picking up wrappers and empty drink packs and trashing them properly.

The Panel Discussion was truly a thought provoking process, held befittingly at the Quaid’s school, the Sindh Madressah. For weeks prior to the event, students researched civic and environmental issues such as, child labour, air, water and noise pollution, waste management and hospital facilities. Along with their teachers, they visited agencies, interviewed relevant individuals, carried out Internet and newspaper searches. They presented these through role play, slides and statistics. We were overwhelmed by their compassion for the environment, for their collective rights, their passion, their seriousness and – their sense of responsibility.

The panellists comprised of functionaries from government departments, industry and non-governmental organisations ; the Department of Environment was represented by its Minister, Mr Iftikhar Ahmed Soomro. The students asked them several pertinent questions and offered some solutions too!

TRC culminated its celebrations at the three day Earth Festival. Set up in collaboration with a number of private and public schools this event was an interesting mosaic of displays and activities depicting the themes identified for the year – the needs of a healthy child… love, air and sunshine, shelter, food and water. Prior to the event, schools worked in close contact with TRC, on activities suggested by us for various age groups. At the event, there were puppet shows, songs, skits and a dance; stalls where the emphasis was on the recycling and reusing of items and games that had under lying environmental themes. Words cannot capture the energy and interactivity participants experienced. Some highlights, however, are shared below:

Air & Sunshine
The Air & Sunshine area attempted to create awareness about pollution and its origin from varied sources. Children carried out ‘Environmental Audits’ at home and school to find out how green their environment was. Different interactive games and activities were organised, for example, the ‘Energy Report Card’ which helped participants understand good and bad habits in relation to energy conservation and ‘Drowning in Paper’ which encouraged reflection on paper usage and finding alternatives to reduce waste. A pledge tree was set up and visitors wrote on realistically crafted paper leaves, the one thing they would do that would make a difference to our world.

Love
Co-operation, care, consideration and respect for others were key words in this area. TRC developed activities for schools and prior to the event, children spent time in their classrooms discussing issues such as sharing, team work, respect for people of different cultures and discrimination between “good and bad” actions. They visited Special Children Centres, gave them gifts and spent time playing with them. Various interactive games were organised at the event, aimed at making children and adults alike, think about the key words. One game, ‘Secret Friend’ helped promote caring for others and appreciating their positive qualities. In the spirit of the area, TRC invited two partner NGO’s Sahil and HREP to set up their stalls in the Love area.

Water
The games, activities and displays in the water area highlighted the uses and methods of conservation of this precious resource. The area was structured to allow visitors to view the uses of water, move on to the problems of pollution and conservation and finally view the solutions.
The ‘Water through Generations’ survey, allowed students to see how the use of water had changed over time. In the ‘Extinct Species Conference’ students discussed the concerns of marine life in danger of becoming extinct. As an organisation working for the preservation of our oceans, the National Institute of Oceanography was invited to set up a stall here.

Food
In the food area topics ranged from agriculture to table setting. Activities were based around themes such as food around the world, healthy food, agriculture, and animals as food. ‘Take What You Can Eat’ encouraged participants to reflect on wastage; this math exercise demonstrated how much one spoon of rice left on each child’s plate, would actually amount to. This led to discussions on wastage of food, specially at weddings and parties. Interactive games were organised for the event like ‘ The Supermarket’. A consultation room was also set up with a doctor on duty. Height and weight were measured with the help of children. Charts according to age and gender suggested the appropriate calorie intake to visitors.

Shelter
This area encompassed shelter in its widest sense. From sheltering the body with protective clothing to the emotional and physical shelter provided in an “ideal” home. Students learnt about how to address civic issues through an activity titled ‘Un-Safe Buildings’ and about safety procedures in case of emergencies and minor injuries in ‘Civil Defence’. Participants appreciated displays and activities on ‘Alternative Medicine’, and ‘Preserving our Heritage’ at the event.

Self Expression through the Arts

Based on the focal themes of the event, (love, air & sunshine, water, food and shelter) puppet shows, skits, songs and the ‘Dance of Hope’ comprised the concert, which children had put together with help from TRC and their teachers; the concert was performed in the evenings.

The puppet shows were of 10-15 minute duration each in which serious issues were acted out and discussed in a simple manner, focusing on what can be done to improve the environment.

The skits represented various issues. Parental negligence, water and electricity conservation and junk food are a few examples. There was variety in presentation of songs, while some were sung solo, others were performed as a pantomime to a popular beat.

The Dance of Hope was a sensitive composition, set in the life of a community where there is harmony and sharing of resources until the outbreak of violence caused by shortage of food and water. A “healer” finally emerges and leads the community back to harmony through her positive attitude and spirit of hope. It was truly an emotional and spiritual experience, simply, yet beautifully performed by children of varying ages from public and private sector schools.

Activity-based learning is the process of learning by doing. It provides activities for children to stimulate their senses and be involved. It encourages them to take responsibility for their own learning experiences and develops teamwork and social skills. This workshop will focus on strategies to implement activity-based learning for enriching English Language.